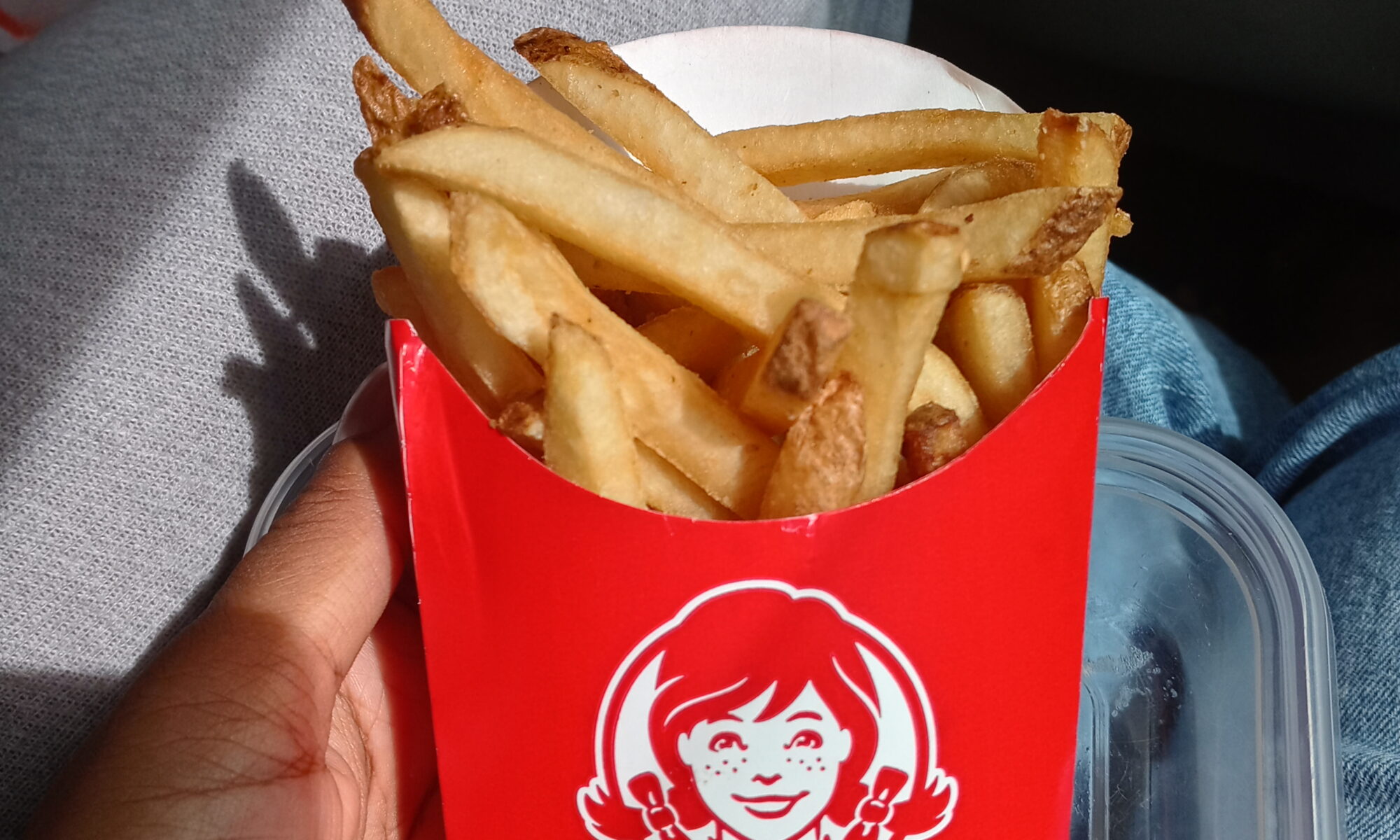 The DIG TOONS MEDIA team decided to do something fun over the weekend. As a team that works remotely, getting out of the house and absorbing some vitamin D while staying safe is important to do every once in a while.

Jerri and Izzy, two of the DIG TOONS MEDIA team members, thought of the idea to do a fry challenge as seen online. The “Fry Challenge” is simply taste-testing and rating a group of fast-food chain fries to conclude which location has the best fries.

Damon, from DIG TOONS MEDIA, thought it would be a cool idea to create rating cards to fill out for the taste testing. The cards looked like this. They consisted of five fast-food chains and 3 rating categories.

Fast Food Chains: (The ones we visited)

*Anton Ego is a reference from the 2007 film Ratatouille.

Before the tasting, everyone wrote down on the back of their cards their prediction of which fast-food restaurant was going to score the highest.

Here were our predictions:

At 11 AM the DIG TOONS MEDIA TEAM took off and headed to the first stop which was Freddy’s. Freddy’s Frozen Custard and Steakburgers. The team had visited Freddys before, but they all learned in this challenge that fries taste completely different when ordered by themselves.

The next stop was Popeyes. The team was excited and had high expectations for these fries. If you’re familiar with Popeyes you know they specialize in fried chicken. Popeyes fries are claimed to be one of the best fries you can ever have. They’re seasoned and crispy.

After this tasting, the team was surprised to find their expectations unfulfilled.

The Popeyes fries didn’t add up to what the team had envisioned.

After Popeyes, the team headed to Wendy’s. Wendy’s is known for its quality food. Hence, their tagline: “Quality is our Recipe”.

Most of the team agreed on the fact that the fries had little to no flavor and the fries needed salt.

The last stop was Chick-fil-A. The team was all too familiar with this fast-food chain and the taste of their fries, so it was made the last stop. Chick-fil-A is one of the largest American fast food restaurant chains and the largest whose specialty is chicken sandwiches. They are also known for their classic waffle fries.

It’s time to count up the scores.

The fast-food chain that had the highest overall score and won the fry challenge was Freddy’s. None of us predicted Freddy’s to be number one of the fry challenge, but their classic crunchy shoe string fries won us all over.

Visit our shop for coloring books, merch, and more!

It’s been about a year since we’ve entered the pandemic. It’s 2021 now and I bet some of us didn’t think it would last this long.

Home has really been where the heart is lately. A lot of people are now working from home, attending school from home, and even hosting concerts from home. People are now trying to find creative ways they can experience the same kind of fun and entertainment they did outdoors when the public was safer.

Let’s talk to the team.

QUESTION OF THE DAY: What are some things you have done to explore the fun in the pandemic?

“Well, that sums it up. It’s time to get creative. We may not know how long we will be in this predicament, but what I will say is that no predicament is big enough to stop us from finding new ways to have fun.

Are you having trouble finding something fun or entertaining? Visit our DIG TOONS MEDIA app and explore engaging new stories and fun games.

Visit our shop for coloring books, merch, and more!